You may not know the faces yet, but chances are pretty good you know the names. These twenty-something ladies are the next generation of socialites, bound for red carpets, magazine covers, and social media fame. They live lavish lifestyles that the rest of us only dream about, but that doesn’t mean they aren’t down to earth, as well.

“My parents, grandparents, and great-grandparents worked hard for what we have,” Ariana Packard tells me. “So I know the value of a dollar.”

She is a twenty-year-old 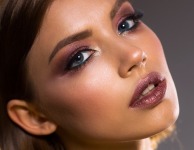 student at Yale, majoring in Fashion Management with a minor in E-Marketing Analytics. Her friends call her Ari.

“I want to prove that I can represent the family based on my own merits. I chose Yale because to attend anything less would have been an insult to the Packard name. I need a good degree because it’s expected that after graduation I not work a regular job like most people. It’s a lot of pressure.”

Pia Keurig can relate. She also struggles with the day-to-day trials that befall the young and wealthy as they try to discover their place in life while assimilating into the world around them. We sip on iced lattes in the backyard of the family home here in Florida, and she tells me about the daily coming and goings of a manufacturing heiress. Reaching out for an invitation was a well-timed effort on my part, as the Keurigs only spend part of the winter in this beautiful, sprawling estate.

“I’m keeping busy managing social media,” she says. “It’s really hard work to come up with new ideas for posts and stuff. But I demand results with everything I do. Still, some days I just have to settle for a selfie. But in the end, it’s totally worth it.”

When not managing her social media accounts, Pia spends the day outside enjoying nature. “Work is stressful. Maybe I’m not getting enough likes, such-and-such didn’t retweet me, things like that. When I’m having that kind of day, I like to take one of my ponies out for a ride. It’s a great way to relax on an otherwise difficult Tuesday afternoon.” 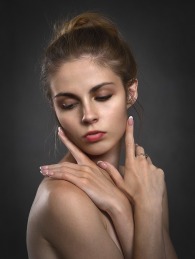 Unlike the other ladies, Julianne Kellogg doesn’t bother with social media. She believes she has more important work to do. “I don’t have time to worry about all that social media jazz. Twitter, Facebook, Instagram. When you really think about it, it’s all pretty vapid. I’ve got better things to do with my time. So I hired a team that manages all of those accounts for me.”

I asked her what she does to occupy herself with instead. “Well, they [her social media teams] need direction, obviously. So I usually start the day with a conference call. They give reports on analytics, new initiatives, and go on and on about strategy or whatever. I like to manage from a high altitude, so I let them work autonomously as much as possible. It’s like I’m always telling them, ‘If the numbers are there I do not care.'”  The rest of her day, she tells me, is spent working on another start-up.

“You’re an entrepreneur,” I say, impressed that she’s following in the family’s footsteps.

“I’m designing footwear. Building a company from the ground up is really hard. I have to take care of the day-to-day operations you have with any business, watch expenses, plus be the lead designer. My father helped with the start-up costs, which has been instrumental in building a team around me. Hopefully we can turn a profit this go around.”

By day the ladies are clearly hard-workers, but at night they know how to let loose and have some fun. “We go to the clubs,” say Ari. “It’s fun. There’s a different hot spot for every night of the week. Sometimes I mix it up a little, just to keep things interesting. Like go to my Tuesday club on Friday, or my Sunday club on Wednesday. Sometimes I’ll even go to two different clubs in one night! I like to keep everyone guessing.”

Julianne decompresses at the clubs every night, too. But even recreation time can be troublesome. “I try to stay anonymous,” she says, “But it’s hard because all the girls are like, ‘Oooo, that purse’ or ‘Wow, those shoes!’ or ‘Lift your top again, Ari!’.  Things like that make it hard to be inconspicuous, you know? I’m like, ‘Hey I didn’t ask to be born rich‘, but they just don’t understand.” 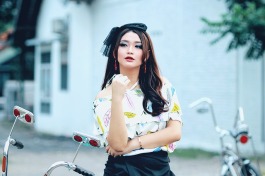 For Pia, sometimes the problems start even before she leaves the house. “There are nights where I find myself standing in the closet, screaming ‘Just pick something already!’. I had them put a chair in there so I can sit down, get my feet massaged while I mull it all over. I know fashion, but there are just too many options and I get all bound up. Especially when I have to walk a red carpet. That’s really hard! On nights like that, I usually take a warm salt bath and just let my stylist pick something for me instead.”

From spending time with each one of them, it’s clear these ladies are always on the move. The world is theirs, potential unlimited. What the future holds remains to be seen.

“I can picture myself keeping up this kind of pace,” Ari says, “For at least another five, maybe six years. After that it’ll probably be time to wind down a little.  I guess I’ll see what happens and go from there.”

Should prove to be a fun ride. Stay tuned.